Flight of the Conchords Wiki
Start a Wiki

What's on your mind?

This is the place to talk about your favorite topic, to share news, theories, ideas, and to connect with others. The content from your Forum has been converted to Discussions posts, so nothing has been lost.

To learn more about what you can do here, check out community.wikia.com/wiki/Help:Discussions

If you're an admin on this community, read more about how you can customize your Discussions and set up guidelines for contributors: community.wikia.com/wiki/Help:Admin_and_Moderator_Tools_in_Discussions

so why exactly is this a dispute?

When I heard the riff, I thought, "Wow, this sounds pretty cool" and I was trying to think of what it reminded me of. I thought it sort of reminded me of Blaqk Audio, a side project of AFI (an American Alternate Rock band). Then, when heard the singing style, I was again reminded of the project. And then Jemaine and Bret appeared in the video with Jemaine having a hairstyle nearly identical to the singer's iconic one and Bret's hair and costume similarly echoing the synth/guitarist's. Blaqk Audio is such an obscure group, but I wonder if perhaps they were parodying their occasionally pretentious and somewhat 'edgy' attitude?

(edited by A Fandom user)
Guidelines

Help us grow Flight of the Conchords Wiki 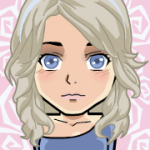